Heat is a form of energy derived from the kinetic action of molecules in matter. The sun is the source of all heat on earth due to the nuclear fission that takes place in it. The effect of this is to produce electromagnetic radiation which then has a heating effect when it reaches the earth. Heat is the driving force for all life on earth.

In the northern and southern hemispheres, temperatures sometimes drop so low that it would be impossible to stay alive without some kind of alternative temperature regulation mechanism. In winter, for example, heating systems are used to keep houses warm. This is a complex system of heat delivery in which hot gases are piped and transported around homes to warm them up.

In the United States alone, research has it that 45% of all American energy bills are mainly heat related. It is estimated that homeowners spend up to $10,000 or more for heating and also cooling over any ten year period. With the current economic situation, the weakening dollar and the rising costs of energy, this figure is definitely on the rise.

A temperature regulation system refers to a mechanism that is used for maintaining temperatures at an acceptable level within the home or office. HVAC refers to Heating Cooling Air Conditioning of which heat systems form part of. There are two types of heating, centralized and distributed. Central systems regulate temperatures of the whole interior of any space from one point to many rooms.

There are various options which homeowners can install in their homes. The most common of these is the gas-fueled furnace. This works by circulating hot air through an intertwined configuration of ducts referred to as forced air ducts. The hot gases that are generated are conducted through curved metal pipes forming a heat exchanger. These gases then leave through a vent pipe. The normal air circulating over the exchanger becomes warm itself and then goes on to raise the temperature in the house.

Another type of temperature regulation system is the boiler. This works by heating water into steam which is then circulated through the pipes to steam radiators. This system may also use hot water instead of steam. The hot water is circulated via radiant floor systems or through baseboard radiators around the house to heat the ambient air so as to warm the house.

Heat pumps are yet another type of system in which electricity is used to transfer heat from a cool space to a warm space. They operate like refrigerators. This has the effect of making the cool room cooler and the warm rooms warmer. Most heat pumps extract heat from the atmosphere until the outside air gets to about 30 degrees Fahrenheit.

It is of extreme importance to maintain your temperature regulation system. A properly maintained system runs efficiently, enables you to save on energy and cuts costs by a significant amount. Also, it reduces the risk of fire and carbon monoxide poisoning. Check for holes in the ducts which may leak out poisonous gases and also cause loss of heat. 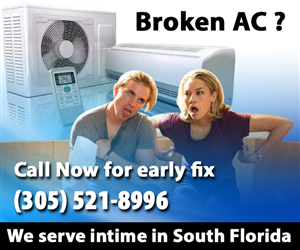